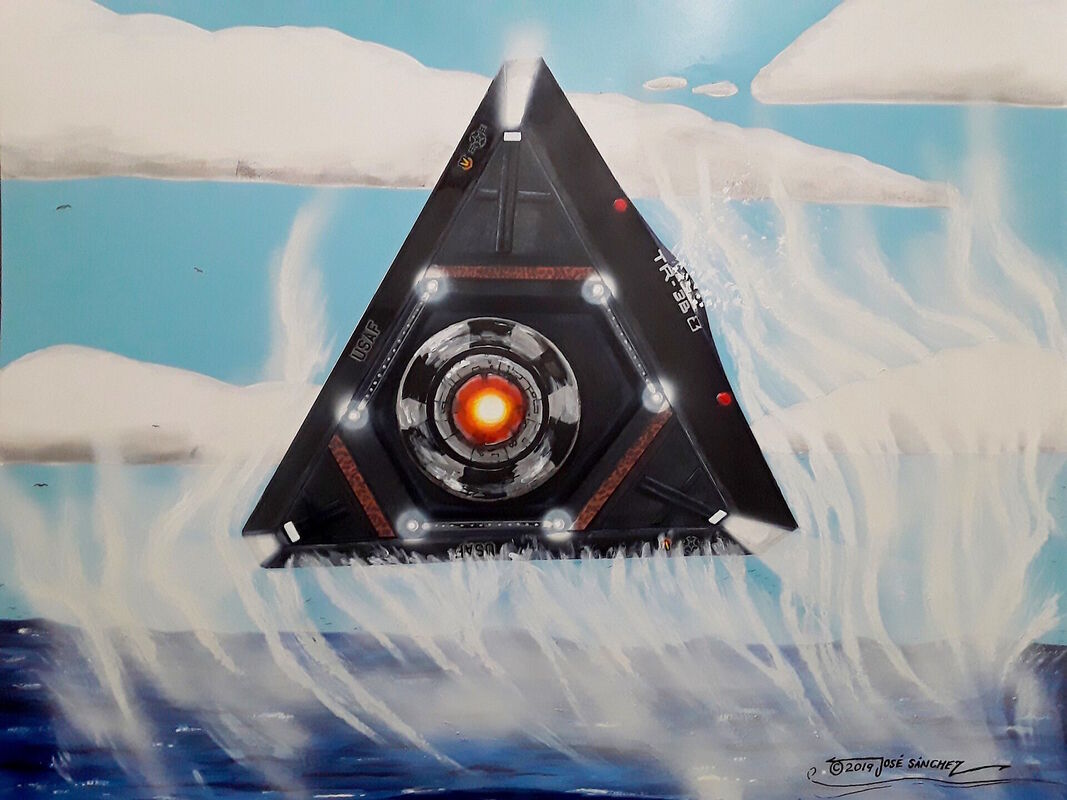 Seen here on a tactical reconnaissance mission, an alleged USAF super secret antigravity aircraft Lockheed TR-3B Black Manta, rises from the depths of the ocean as it's underbelly nuclear core reactor engine begins to gradually spin faster and faster and glow red-orange white hot, creating searing vapor steam all around it as it rises up into the air. Small "star-like" clusters can be seen coming out from it's back power afterburner unit as it slowly begins to collect momentum for the jump to hypersonic speed. Black triangular vessels like this one, have been reported around the world since the late 80's but have recently increased in sightings.

From the depts they rise, an alien race created by humanity to engage our unevoloved minds.

Thank you. Glad you liked it and
thank you for your visit !

TR-3B : The Manta has Landed