By yon crumbled castle on the banks of the seashore there  stands a golden statue that I simply adore..looking like a buffalo but with the most tremendous tusk.. they say this Woolly Mammoth met his maker somehow at dusk..long tall tales spun from yesteryear yearns yarns from mythology of forocious fear

I heard a fable about the Woolly Mammoths fate,. be it fictional or fact.. whilst the probability is impossible one can never be exact.. yet could a mouse kill a Woolly Mammoth ?.. that quest remains to be seen, but if the legend doesn’t lie the tiny rodent sucked out it’s spleen.. of course there are many more brave blow-by-blows of the fateful take.. rumour has it that a cat crushed the Woolly Mammoth for goodness sake

Alas the truth of his demise one will never truly know, but it was the last one standing so became extinct from it’s battled blow.. with bluster and braggadocio the Woolly Mammoths proof lives on and reminisces of this mighty mammal from the olden days bygone

Many moons ago when the great castle was being built.. men came across the Woolly Mammoths skeleton and were riddled with guilt.. instead of giving it a burial recognising respect, these passive peasants through it’s bones far and wide like a ramshackled reject.. they say that one by one the workmen met a terrible fate so eventually the Woolly Mammoths bones were sought and now stand proud on that iron gate

Oh the joys of life

HI Jill....Here!  Here!  To the might woolly mammoth...He and the sabor tooth tiger get no respect...I heard that recently a fully preserved wolly mammoth was found frozen in ice in New South Wales, estimated 42,000 years old, and that it had its fur, all its organs, bones, etc. and everything, and its DNA intact...and rumors that scientists could possibly bring it back. I suppose it could move in with its relatives, the elephants and get along grand....lol...I love to think of all the animals that God has created, but unfortunately many become extinct.  Interesting theories/stories in your narrative of what happened to the great woolly mammoth.  xo ;)  Love n hugs

Haha I just made it up as go along luv like always :) glad you enjoyed tho Cherie luv & Thank you loads 💕💕💕

Waiting on a lyft 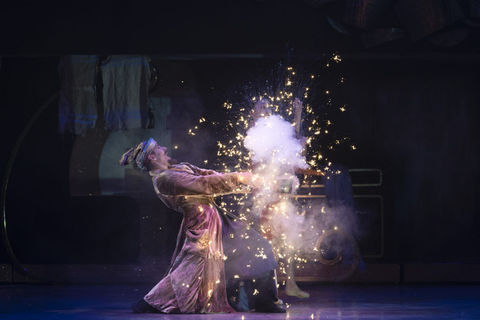 In a mystical magic puff she totally disappeared
As the onlookers applauded and the children...

In a mystical magic puff she totally disappeared
As the onlookers applauded and the children...