Ever since I started watching Planet Earth series it sure was beautiful to see the wildlife and nature like never seen before. This has changed my view on how we see true nature. Using our latest camera in 4K HD, we experience nature like never before. When you have seen the Planet earth series, you know how it feels to live with many species and know how many whales, polar bear etc migrate every season travelling thousands of miles.

Making a documentary this good and narrated by Sir David Attenborough makes it even more fascinating. The view shot from different locations and the scenery we see is in awe. The brief intro of location in different places, we see what is about to come in such climates around the world. The animals being shot does not they are being watch but we see the world in their view. In a ecosystem, where survival of the fittest is one to be a apex predator. Imagine being an animal in a constant threat of being eaten or to be eaten. For some animals being alive is the only way to survive. Like being born as a turtle, where the young ones has to reach the ocean in order to survive and the threat of being eaten. On this situations where few make it through to the adulthood.

Now let's take dive beneath the oceans and see the life as you can imagine, the life down there is filled with various kinds of fishes and has survived ever since the disappearance of dinosaurs. Down there is the same as above in the ground. We still haven't discovered many species that live way below the ocean floor, for some it is mysterious to us. There used to be some beautiful coral reefs but we are destroying it as we can see in this documentary. The life beneath is beautiful as above more than above. There nothing to argue the true beauty given by the mother nature herself.

If you make it through the end of what I have written so far, I am not saying that to read it all but I want you think about the accomplished as humans so far. Even today we are busy of our own lives make sure to enjoy the mother nature has given to us. Watch documentaries that let's you think of the consequences that can happen if we destroy nature. After the incident of the phoenix glitch. Conner started to search... 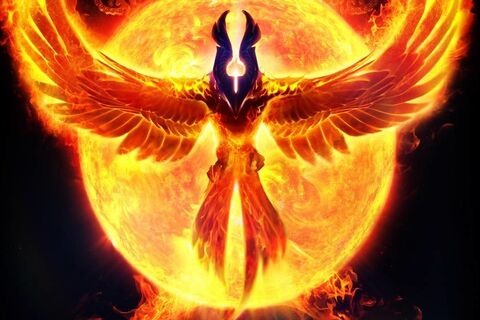 A week before the attack on Bank of China, dragon heads of the... Far from the city the bodies of two humanoid was found, the bodies...